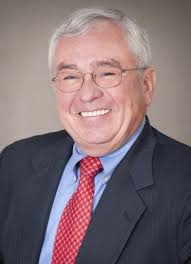 Recently retired after two decades as VP Programing at WTOP in Washington, D.C., Jim Farley led the all-news station to become the top-billing news station in America. Previously, he was Managing Editor and General Manager of News at ABC Radio, and Vice President of Radio News at NBC News.

As the guest speaker at a recent Intensive I led in Sacramento, CA, Farley made a number of interesting observations. His experience competing against public radio WAMU-FM in Washington led him to say that commercial and non-commercial media should “stay in their own lanes” because commercial radio, with its heavy commercial schedule, simply cannot compete with the depth and length of NPR-styled reporting. However, he pointed out that the average time spent listening for both is comparable, between 10:00 and 11:00 minutes per occasion. Farley said the radio business had changed substantially during his career: Stations “are not the gatekeepers any longer.” He also feels TV news, with its “if it bleeds, it leads” mentality, is dying.

Farley’s major advice is to ask about every story “WGAS” (who gives a shit?) and avoid “process stories” in favor of personal or “outcome” stories. He pointed out that Former House Speaker Tip O’Neal’s quote is usually misstated. Actually, he said, it is that …

“All politics are personal.”