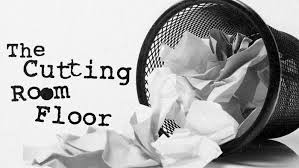 Repurposing content – once a leading edge “new media” concept — has become tired and flat. Instead of expanding distribution to encompass many platforms, “repurposing” now evokes an image of a tape or film editor, scouring the floor looking for gems among the discarded debris. Supposedly, repurposing creates new content gems that can somehow be edited into an entirely new “repurposed” piece of content, especially for use by another medium. As consultant Philip Cianci said, “When the opportunity first arose to distribute previously aired content over new media channels, the buzzword du jour was ‘repurposing’ – content was repurposed on the Web, on VoD or whatever.”[1] 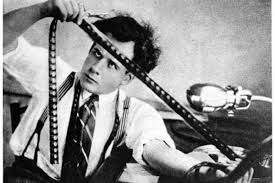 itself to be what we all suspected … trash, litter, and certainly not gems. That’s because the thinking that went into it was after-the-fact. As consultant Cianci noted, “ It didn’t take long before a media sage saw the light and pointed out that, since it was a given that content would be distributed over every possible channel, rather than produce content for one channel and repurpose it for others, content creators should ‘prepurpose’ their content while it was in the conceptual stage – that is, plan for its production, assembly and distribution over multiple channels.”[2]

Business coach Mike Sansone explains it this way: “Repurposing is taking content you’ve once created, modifying the presentation, and re-publishing in a new format.” Then, he asks the crucial question, “Can you plan for a repurpose? Would that be Pre-purposing?”[3]

But, Tyler Moody of CNN cautions that producing for multiple platforms doesn’t mean producing identical content for them all. “In order to produce entertaining and relevant content for a platform, the content should be tailored to the experience that platform delivers to its audience. Books are different from movies, movies are different from TV shows, radio and TV are different. … The content you produce should be a good fit for the platform you plan to publish on or distribute with.[4]

The bottom line in prepurposing is this:

If you know your content will end up on many platforms, think about the needs of each platform before you start creating the content. Gather and collect the needed material for all platforms, saving you the time and effort of going back later to gather additional material or to do a butchering job of repurposing one platform’s content for another platform.