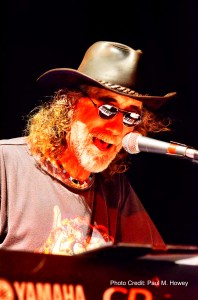 BJ Leiderman is the composer extraordinaire and principal performer of such well known public radio themes as NPR’s Morning Edition, Weekend Edition, Wait Wait … Don’t Tell Me, Car Talk “Stump the Chumps” theme, and Science Friday and APM’s Marketplace. As his Wikipedia profile says, “Leiderman grew up in Virginia Beach, Virginia, and is the only child in a musical family, studied journalism at American University then became known as a composer and songwriter.”

I claim the credit for finding Leiderman when I was at NPR in the 1970’s, working on the early development of Morning Edition. I asked the young Leiderman to create a theme that helped stations move from their classical music overnight formats to a jazzier, more-alive morning sound. I (and hundreds of thousands of listeners) agree — Leiderman scored a knockout with the theme for Morning Edition. He went on to work in NYC in the mid 80’s, where he was a composer/jingle writer. His clients included Nickelodeon, Tyco Toys and the Cartoon Network.

Leiderman has now moved to Asheville, North Carolina. He is currently in production on his
debut album, “Natural Public Leiderman,” due to be released Spring 2014 He has formed a band that is performing … next up, at a New Year’s Eve Bash at the White Horse Black Mountain (www.whitehorseblackmountain.com.)