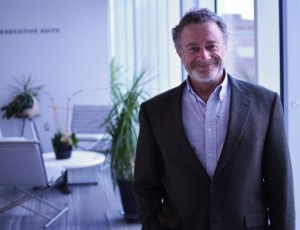 It probably wasn’t the most important thing he said, but it sure was the most quotable! In an interview with Current Newspaper, NPR CEO Jarl Mohn was asked about radio’s future, especially about a quote from his predecessor that radio would be dead in another five years. Here’s what Mohn said:

Broadcast radio is the cockroach of media. You can’t kill it. You can’t make it go away, it just gets stronger and more resilient.

That doesn’t mean that I see digital radio as a passing fad. It’s for real. I’m a huge Spotify user. I think it’s a great service, but I use broadcast too.

Two things are happening. One is the great technological innovations that give people more ways to expose themselves to media — on-demand television, on-demand radio, streamed radio. This convenience brings increased usage; podcasts are certainly a great example of that.

Another is the decline of commercial radio. It’s suffering right now, in part because of the incredible consolidation and cost-cutting that has occurred in the business. There’s less room for creativity, innovation and local relevance. Most often, it’s not live. People have become less interested in it.

Over-the-air commercial radio is not as good as it can be. That’s one of the reasons why I’m wildly optimistic about public radio — because public radio is committing money to being local and live. And many stations are investing in journalism.

Check out this link to see the full edited interview with Mohn.